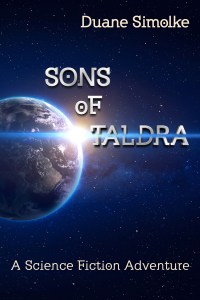 In an alternate reality, an Iroquois woman and her twin gay sons battle shapeshifting aliens.

Valchondria (Earth) developed a one-world government, consisting of Leader, the Maintainers, and the Supreme Science Council. A millennium ago, the Valchondrians sent two ships of colonists into space. The first ship became radicalized by a violent religious cult. Alien creatures called the Naadloosh attacked the second ship. Valchondria banned contact outside its atmosphere and shut down the space program. Over the centuries, freedom and progress decayed.

Now the Naadloosh have found the human world. Leader and her sons must stop the invasion. Maintainer Admiral Nil blames Leader for a series of tragedies and might pose an even greater threat than the changelings that want to feed on humanity.

One of Leader’s twin sons, Telius, simply wants to marry the man he loves. The other, Argen, struggles with the residual effects of a deadly drug addiction. The young men rally to Leader’s side as she faces humanity’s greatest threats.

Telius stepped through the sliding doors, into their two-story home. The aroma of docle bread wafted through the house and led him into the kitchen. A few white petals remained on the cutting board, but the smell came from the oven, now set on “Warm.” His famished stomach tightened even more, but he hoped his favorite dish signaled an even bigger surprise, one he really couldn’t call a surprise.

Multi-colored artwork in synthetic wood frames covered the bland plastic walls of the front entry way. Telius had insisted on displaying the abstract paintings Argen had created during the early phases of his addiction recovery program, during the time the twins got to know each other.

Telius stepped through a holographic mural of Valchondria and approached the wallscreen room’s long brown couch. Its only occupant used voice commands to channel glide the giant screen he faced. Ebony skin showed through his close-cropped hair. Dark brown eyes lit up from his smile when he turned around.

“You’re finally home!” Jase-Dawn said, jumping up from the couch. He gave his boyfriend one of his big hugs, the ones that meant he wanted to share something, followed by an even bigger kiss. “I expected you in sooner.”

“Forgiveness. After class, I spent some extra time in the undermall. The priests were distributing food packages to as many of the walkway people there as possible, and I wanted to help out.”

Jase-Dawn stepped back a little, leaving his hands on Telius’s shoulders. “You didn’t eat, though, did you?”

Telius laughed. “No, I didn’t eat one of those food packages. I’m hardly a walkway person, living here.” He spun his pointed finger around at the oversized house Taldra’s predecessor had commissioned for her, the house that Telius, Argen, and Jase-Dawn now shared. Taldra had moved to Valcine Plaza a year earlier, after accepting her predecessor’s appointment of her as Leader.

Jase-Dawn’s arm moved up and over like a Maintainer directing crowd control. “Don’t start complaining about how easy we have it here! You’ve saved the world enough for today, or should I say tonight? Not that you should have gone to the undermall after dark anyway. It’s dangerous and full of crime, and you’re—”

“One of Leader’s sons? I won’t start if you don’t.” He grinned a little, then returned to the scent that made his stomach growl. “Who baked docle bread?”

“You?” Telius narrowed his eyes.

“That was nice of him. Where is Argen, anyway?”

“Finishing something. He knew we needed some time alone.” Jase-Dawn led Telius to the couch, and they sat close together, arms entangled.

“He had a seizure today, from the confidence pills. He’s fine, though. Forgiveness, I didn’t mean to spoil the moment.”

Jase smiled again. “You didn’t, love. Argen told me all about it, while we were programming the tonal androids to help me teach my music class. Actually, though, I wanted to talk about something else.”

“Like us. Over the past year, I’ve thought constantly about the day I’ll gain Valchondrian citizenship, and no longer be considered a Degran spy. Now that day is almost here.”

“I kind of remember that, considering you wrote it on the holo-calendar…with sparkle font.” Telius winked, his nose still trying to pull him to the kitchen. But he wondered if Jase-Dawn was about to ask a question that involved one of the benefits of becoming Valchondrian.

“Telius, will you become married with me?”

Jase scrunched his nose. “That was actually a yes or no question.”

“And you already knew the answer. Of course I’ll become married with you! How many people find the perfect spouse, the person they always want to be with?”

Telius leaned forward and kissed him. 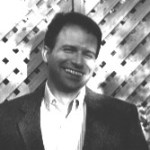 Duane Simolke wrote the books The Acorn Stories, Degranon, Sons of Taldra, Holding Me Together, and New Readings of Winesburg, Ohio. He co-wrote The Return of Innocence and The Acorn Gathering: Writers Uniting Against Cancer. DuaneSimolke.Com includes writings and links. He lives in Lubbock, Texas. 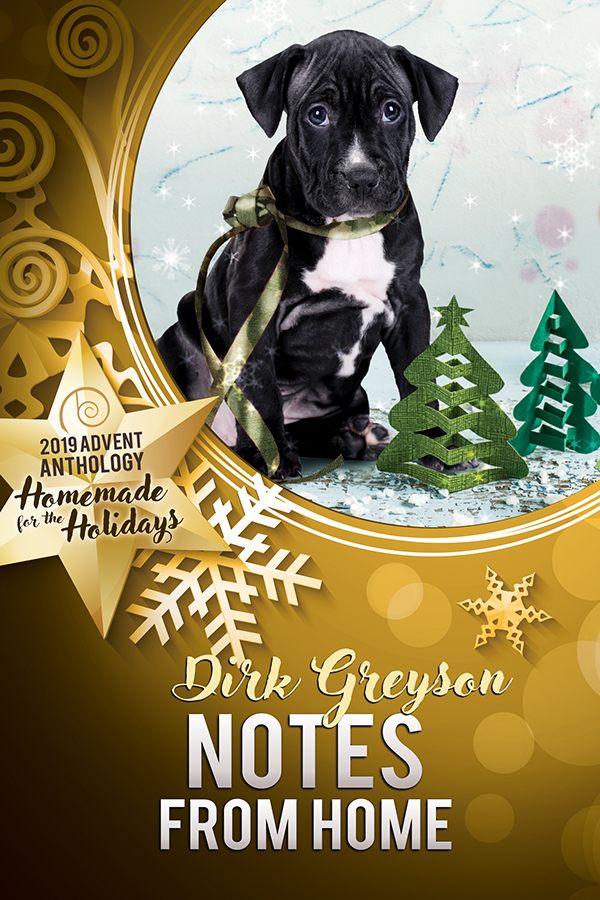 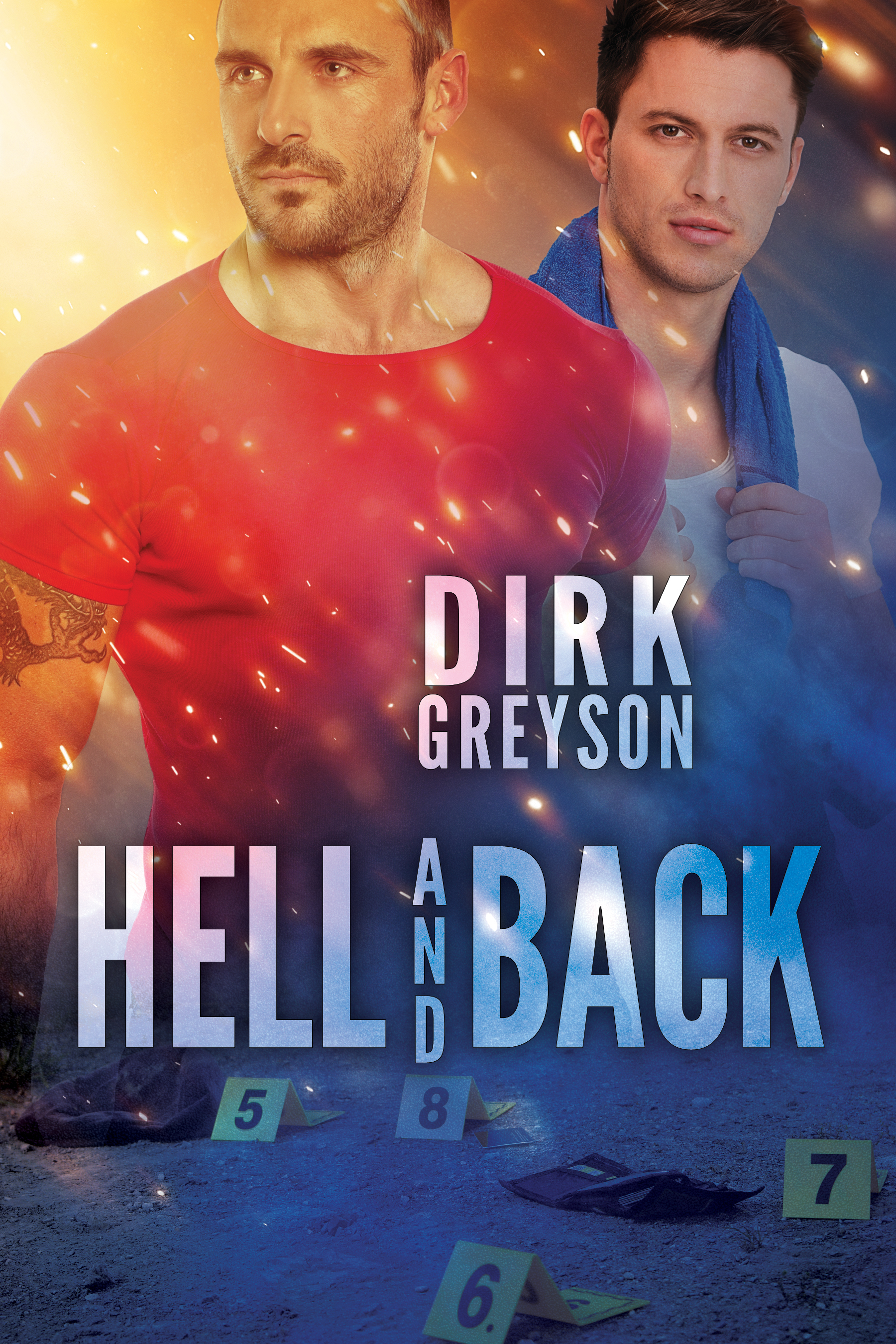 Have a Happy Holiday

I want to take this chance to wish each and every one of you a very happy holiday season. Regardless of what you celebrate, I hope the season brings you everything you hope for.

Beauty – Beau is beautiful on the inside.  He doesn’t consider himself handsome and has some scars from childhood.   But he has a heart of gold.  Beau manages a substance abuse clinic and not only works with addicts, but their children and families in order to help all of them build better lives.  He’s truly an amazing man. Beast – Dante is wealthy, tall, dark, handsome and he has a past that haunts him.  That past is the subject of rumor and legend around St. Giles and as a result Dante had isolated himself.  Guilt and recrimination have driven … Continued