Home / Blog / Guest / Guest: Tempeste O’Riley – How did you choose your setting and the occupations for your MCs?

Once upon a time, in a land far far away…. No, that’s not right. Well, it was what seems a long time ago now, I visited Seattle and fell in love with the area, the forest (I got to stay in the national forest there, in on of the cabin/park areas!), the city, everything. If I could move and stand it (I hate moving and moving as a single parent across the country… did that once, yeah, so not happenin’ again!) I would move to Seattle. So, when I decided I was writing a shifter story (series) or rather, Keith informed me he was a lynx shifter (the brat!) while he was having sex (seriously, we need to talk about his timing, lol) I thought, what better place then Seattle. Well, the area around there, at least.

Then I set about researching the Canadian Lynx and guess what? Yep, that’s one of the most populous areas for them in the US. That’s not to say there are all that many in the US, sadly. But it would actually be one of the easiest places for my little tribe of lynx to mix, mingle, and hide in plain sight. And where they would be protected by the humans, lol. 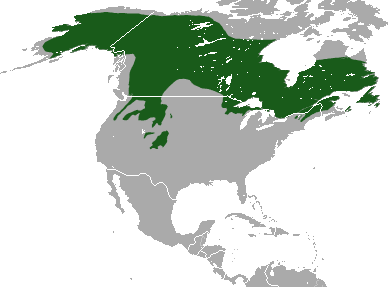 The best part of Seattle and that whole area is that it’s basically built purrrrfect for my lynx shifters and others too, of course 😉 because yes, there are other shifters in my world, lol.

Whiskers of a Chance Blurb:

Jason Grant runs his own IT business from home, owns his own home, and has the best friend he could imagine. What he doesn’t have, or believe he will ever have, is love. When Jason catches a glimpse of his new neighbor on moving day, his libido ignites and his fascination in piqued. He even manages to concoct an excuse to go over and meet the man who makes him hope and want for more than he has in years.

Keith Skyler is a shifter in a world where his kind is known to only a few, but they don’t often mix and they never mate. Keith has been hoping for a mate since before he can remember, but gay lynx don’t have true mates. As far as he knows, they don’t have mates at all. However, while moving his little family across Seattle—and away from their tribe—his reality tips and spins more than he thought possible.

When these two men meet over a dish of five-cheese broccoli-noodle casserole, sparks fly. Who knew a welcome to the neighborhood gift could give both of them their chance at love?

Find it at Dreamspinner Press ? All Romance ? Amazon ? Goodreads

Tempeste O’Riley is an out and proud pansexual genderfluid whose best friend growing up had the courage to do what she couldn’t–defy the hate and come out. He has been her hero ever since.

Tempe is a hopeless romantic that loves strong relationships and happily-ever-afters. Though new to writing M/M, she has done many things in her life, though writing has always drawn her back–no matter what else life has thrown her way. She counts her friends, family, and Muse as her greatest blessings in life. She lives in Wisconsin with her children, reading, writing, and enjoying life.

Tempe is also a proud PAN member of Romance Writers of America®, Rainbow Romance Writers, and WisRWA. Learn more about Tempeste and her writing at http://tempesteoriley.com.