Hello. I am very happy to be here today to promote my book, The Art of Hero Worship, an Adult LGBTQ Contemporary Romance. In this novel I have created two characters who could be seen as heroes at different points in the novel, but Liam Norcross is the character who fulfills the traditional role of hero. He risks his life in a theater mass shooting to save the life of another man, a stranger, Jason Tripp. Several days later, he risks his life one more time for the same man.

I have collected my top ten quotations about heroes. I will comment on each one in terms of how it relates to my main character in The Art of Hero Worship, Liam.

This is quite true of Liam. He is really just an ordinary man, with ordinary fears, who is compelled to fight through his anxiety in order to save a stranger. The obstacles, which are in this case bullets, are staggering but he somehow finds the strength.

This quotation also applies to Liam in The Art of Hero Worship. No one can know what a crazed gunman will do, and Liam has no idea what will happen. He realizes that his safety is in jeopardy, but he walks into the danger without a second thought.

This is another great quotation that relates to Liam. You would never call him a coward because he acts when many would fall away, but in a certain sense he is a coward, as his fear is so great. He learned of this type of fear as a teenager, and suffers greatly with it, but is able to overcome it to save Jason.

I love this quotation, as heroics can definitely lead to a person’s downfall. And Liam has a tendency to be a compulsive hero. Hopefully, Jason can prevent heroism from leading Liam to tragedy, but you will have to read the book to find out!

This is probably excellent advice, because if you “fall in love” with your hero, you may not be able to determine if it is truly love or sincere appreciation. However, if I abided by this advice, I wouldn’t have much of a story!!

This is true; to be a hero is to risk your life. If you are compelled to be a hero time and again, as Liam is, the chances are great that you will not live a long life.

Liam had to do some, in a sense, “bad” things to maintain his hero status. At least, Jason sees Liam risking his life to be a hero and he thinks it is bad because he does not want to lose the man he loves. However, the victims who Liam saves do not consider his actions “bad” at all.

I find this to be true in Liam’s case, as well. Just because he is a hero does not mean that he doesn’t have the same fear as other people. He wishes he could be “a normal man” because it would relieve him of a burden, but for reasons you will need to read the book to learn, Liam cannot be an honest coward.

In the case of this particular quotation, I do not think it is applicable to Liam’s case. He is not simply putting in the reasonable efforts of an ordinary man when he attempts to save people. He is reacting to childhood pain and scars on his heart.

This is definitely not the case for Liam. His parents are the farthest things in his life from his hero. Because of them he is compelled to risk his life to save others. But, again, read The Art of Hero Worship to find out the details! 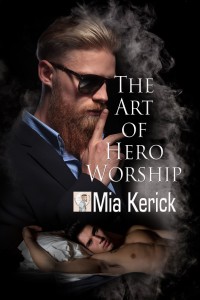 Trembling on the floor, pressed beneath a row of seats in a dark theater, college freshman Jason Tripp listens to the terrifying sound of gunshots, as an unknown shooter moves methodically through the theater, randomly murdering men, women, and children attending a student performance of Hamlet. Junior Liam Norcross drapes his massive body on top of Jason, sheltering the younger man from the deathly hail of bullets, risking his life willingly and maybe even eagerly.

As a result of the shared horror, an extraordinary bond forms between the two young men, which causes discomfort for family and friends, as well as for Jason and Liam, themselves. And added to the challenge of two previously “straight” men falling into a same-sex love, are the complications that arise from the abundance of secrets Liam holds with regard to a past family tragedy. The fledgling passion between the men seems bound to fade away into the darkness from which it emerged.

Jason, however, is inexplicably called to rescue his hero in return, by delving into Liam’s shady past and uncovering the mystery that compels the older man to act as the college town’s selfless savior.

The Art of Hero Worship takes the reader on a voyage from the dark and chilling chaos that accompanies a mass shooting to the thrill of an unexpected and sensual romance. 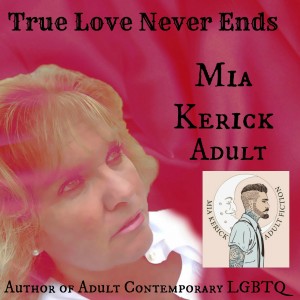 Mia Kerick Adult is an award-winning author of stories involving the type of life events that are riveting to read about, but you probably wouldn’t want to experience first hand. Into her fictional disasters, she sprinkles a sufficient quantity of touching and spicy adult LGBTQ romance to keep her readers coming back for more.

Having relocated from Boston, Massachusetts to rural New Hampshire, Mia lives with her doting husband, four brilliant and accomplished young adult children who will one day likely contribute to the establishment of world peace (Mia believes in self-fulfilling prophecies), and at least three too many cats. She suffers with a severe case of mall-withdrawal, which leads to frequent online shopping and an overly personal relationship with the UPS driver.